Music Review: Jeff Finlin -- The Guru in the Girl 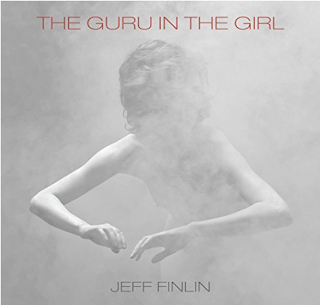 Jeff Finlin is at the top of my list of people that the whole world should know. He’s a friend of mine, but long before I ever met him in person I was already a fan of his music. Songs like Jesus Was a Motorcycle Man, and Sugar Blue were frequent features in the playlists of my old radio show, and the more I heard, the more I liked. His latest record, The Guru in the Girl reveals that Finlin has jumped another level or six of artistic growth, and the sounds that support his mesmerising lyrics are perfect for the task.

This record is an intimate journal of a dance with the divine, revealing the vulnerabilities, openings, and discoveries of the soul. Jeff’s soul wanders planes that are alien to most of us, so the language may not be immediately accessible, but the soul doesn’t really hang much on the meaning of the words. The words serve more like carrier waves, the invisible waves upon which radio signals are transmitted. The lyrics are playthings for the mind, keeping it distracted so that the heart can open to the real Truth within and beyond the music.

Listening to this album is more of an experience of letting in, instead of the way that I usually listen to music. I’m most often interested in the craft of a recording, analyzing the way that the melody, lyrics, music and production were created, and in all those areas this record shines, but that’s only a sliver of what’s here. There’s an expanded state of mind that’s here for the taking if I just let myself be affected by the whole thing.

Recorded in seven days during a break in one of last year’s European tours, the album was produced by Finlin with BJ Baartmans, who perfectly accents every piece with the textures and tones that convey the spirit of the songs. Layers of piano, sitar, electric guitar, and backing vocals, and a mix that brings the whole ensemble into whatever room you happen to be listening in.


While I don’t want to have favorites on this record, there are a few songs that come back to me after I stop listening that merit mention on their own. The opening song, Love Will Light the Way is a slow driving, electric guitar soaked cinematic affair that comes across as both a plea and a proclamation. The vocalised hooks will stay with you. For my money, the standout song on the album is Someday. The simple piano melody is equal parts intriguing and haunting, while the lyrics reveal a yearning and a hope that may never find resolution. Finally, the title track closes the record with a fleeting recognition of the divine in feminine form with a train rhythm, distant sitars and electric guitar in unison.

I can’t tell you the number of times this album has delighted me. It’s a genuine gift.